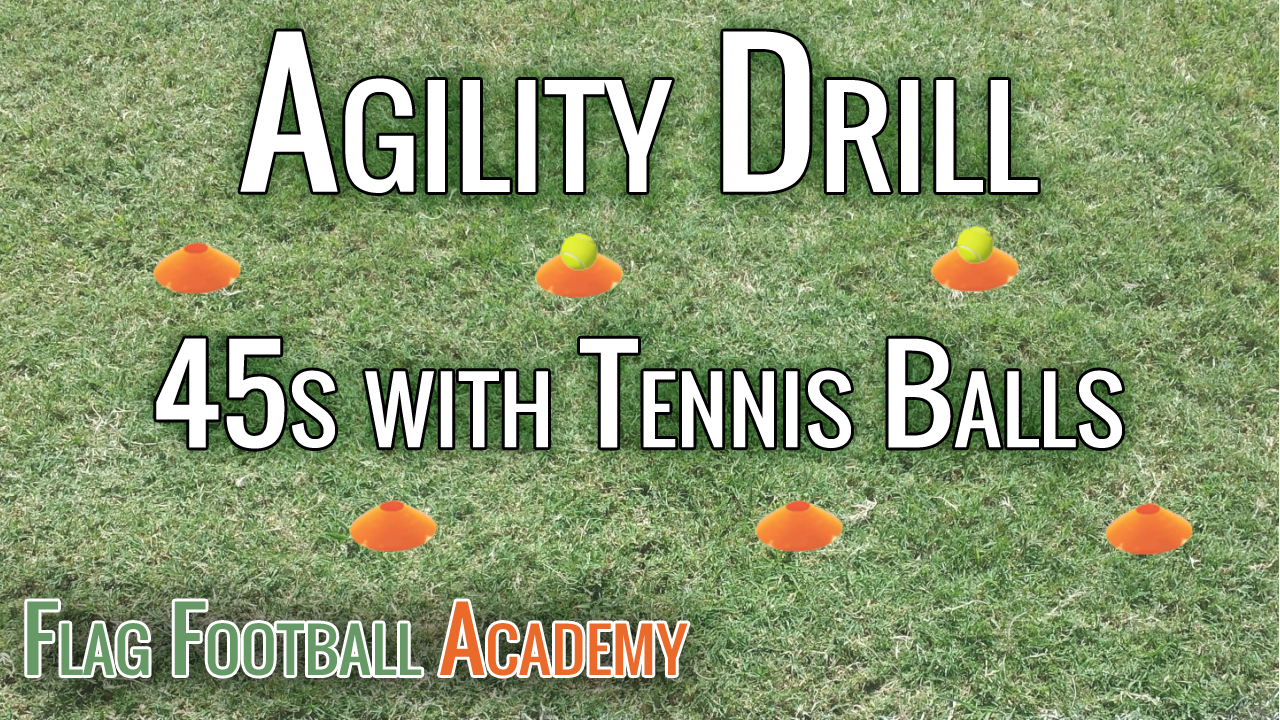 With kids, sometimes you have to give a different goal besides running fast when doing agility/speed drills. Incorporating something other than just running an agility drill will keep the kids involved.

Adding the element of making it a team goal versus individual will push your kids to try harder since they are contributing to the success of the group.

I call this drill: 45s with Tennis Balls. For this drill, you will need 5 disc cones and 2 tennis balls. (Here’s the disc cones I bought off of Amazon

Lay out the cones in a zig-zag pattern. I generally lay them out at about 45-degree angles. Each cone is 5-7 yards apart. If you set them 5 yards apart, the kids will be running 25 yards. 7 yards apart will be 35 total yards. 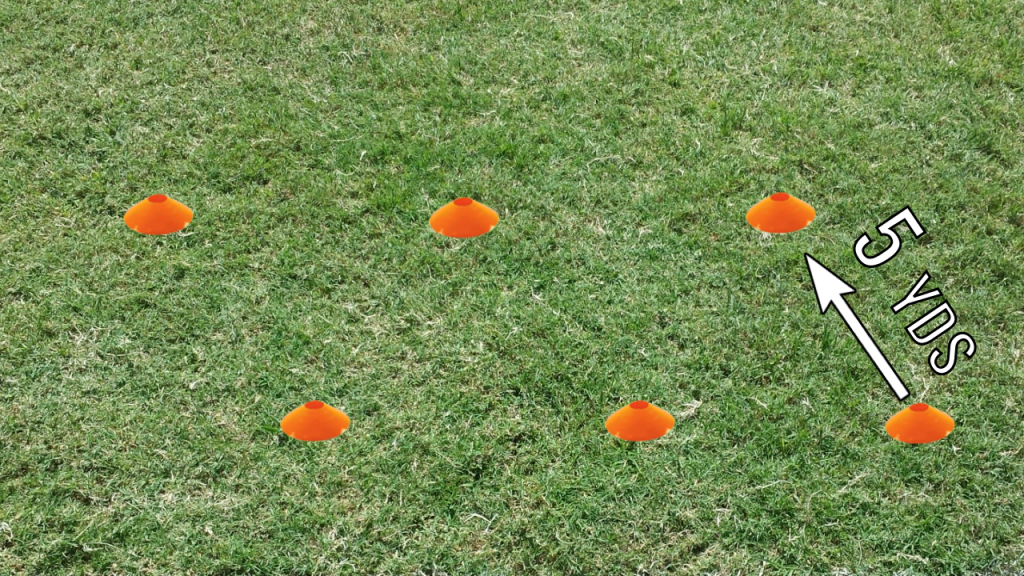 Next place the two tennis balls on the two cones on the opposite side from the starting point.

In this animation, the drill will start with the first player at the lower right.

You will need at least 3 kids for the drill. I usually limit the drill to 6 kids max unless we’re doing some total team challenge.

Split the kids into two groups at each end of the layout. If you have an odd number of kids, put the extra kid on the starting side. 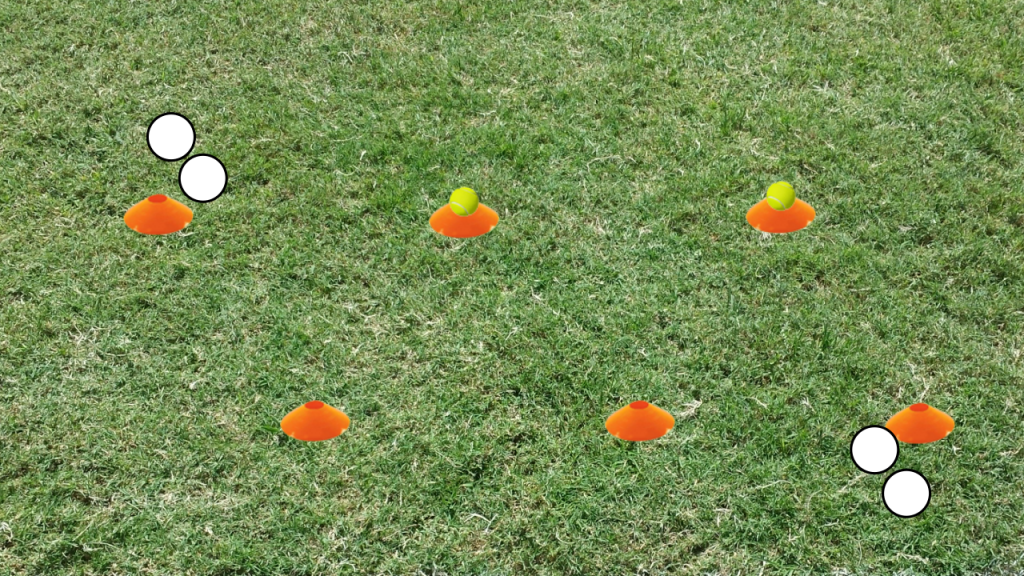 On your Go!, the first kid will sprint to the first cone, pick up the tennis ball, and sprint to the next cone and place the ball on the cone. He will do the same thing for the next group of cones. After placing the last ball, he will run to the outside (in this case – left side) of the players waiting. Slapping hands will mean the next player can start.

The second player just reverses what the first player did with the tennis balls.

If a kid doesn’t place the tennis ball on top of the cone, then he must go back and correctly place the ball.

This drill accomplishes a few things.

First, the kids are cutting and stopping and sprinting. This will help with agility.

Second, the drill works on improving their hand-eye coordination and muscle control.

Finally, the drill works on conditioning. Keep the group size low and increase the distance between cones to make the drill more strenuous.

When first starting out (and with younger kids), I turned the cones upside down so it would be easier to place the ball on the cone.

You can continuously run this drill for a few minutes before resting. Depending on your kid’s speed, it will take one kid about 6-10 seconds to complete. With a group of 5, everyone should get through the drill 3 times in 2 minutes.

To add some competition, split your team into two groups and set up two drill areas. Now, you can have them compete to see which team can finish first.

Time them to see how long it should take for your entire team to complete, then challenge them as a whole to beat the total time. If it takes on average about 8 seconds for one kid to complete and you have 10 kids at practice, challenge them to beat 1:25.

Adding the element of tennis balls and making it a team competitive drill should help you get maximum effort out of everyone.

An additional drill to check out is this passing drill. 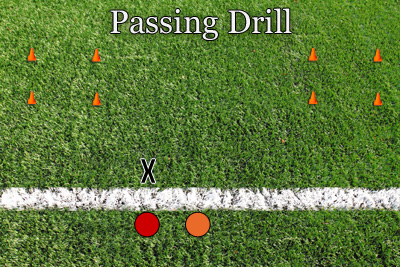 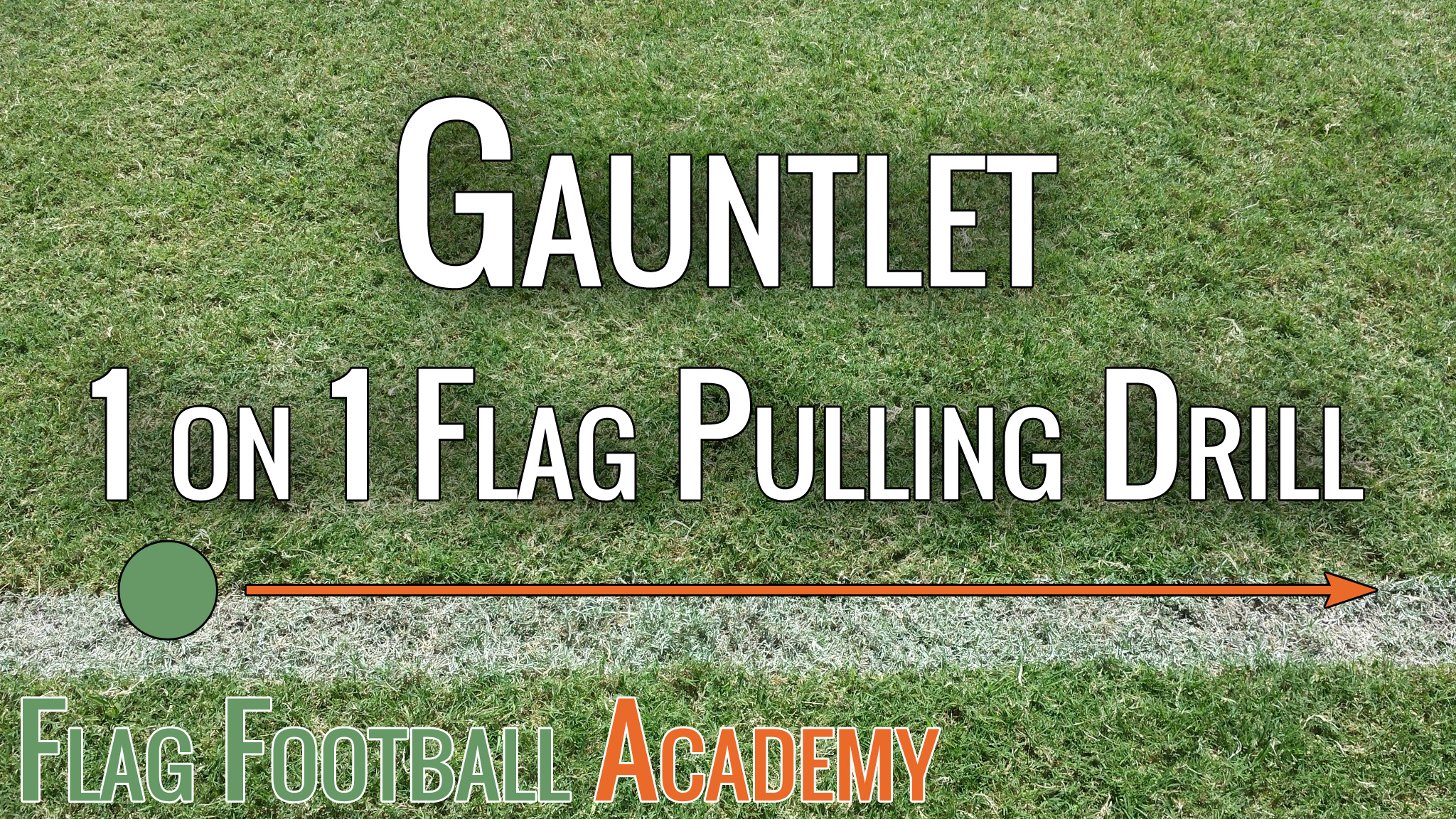 The Gauntlet is one of my favorite flag pulling drills. During the drill, one defensive player will attempt to pull the flags of the rest of the team, one by one. You only need four cones to set up the… 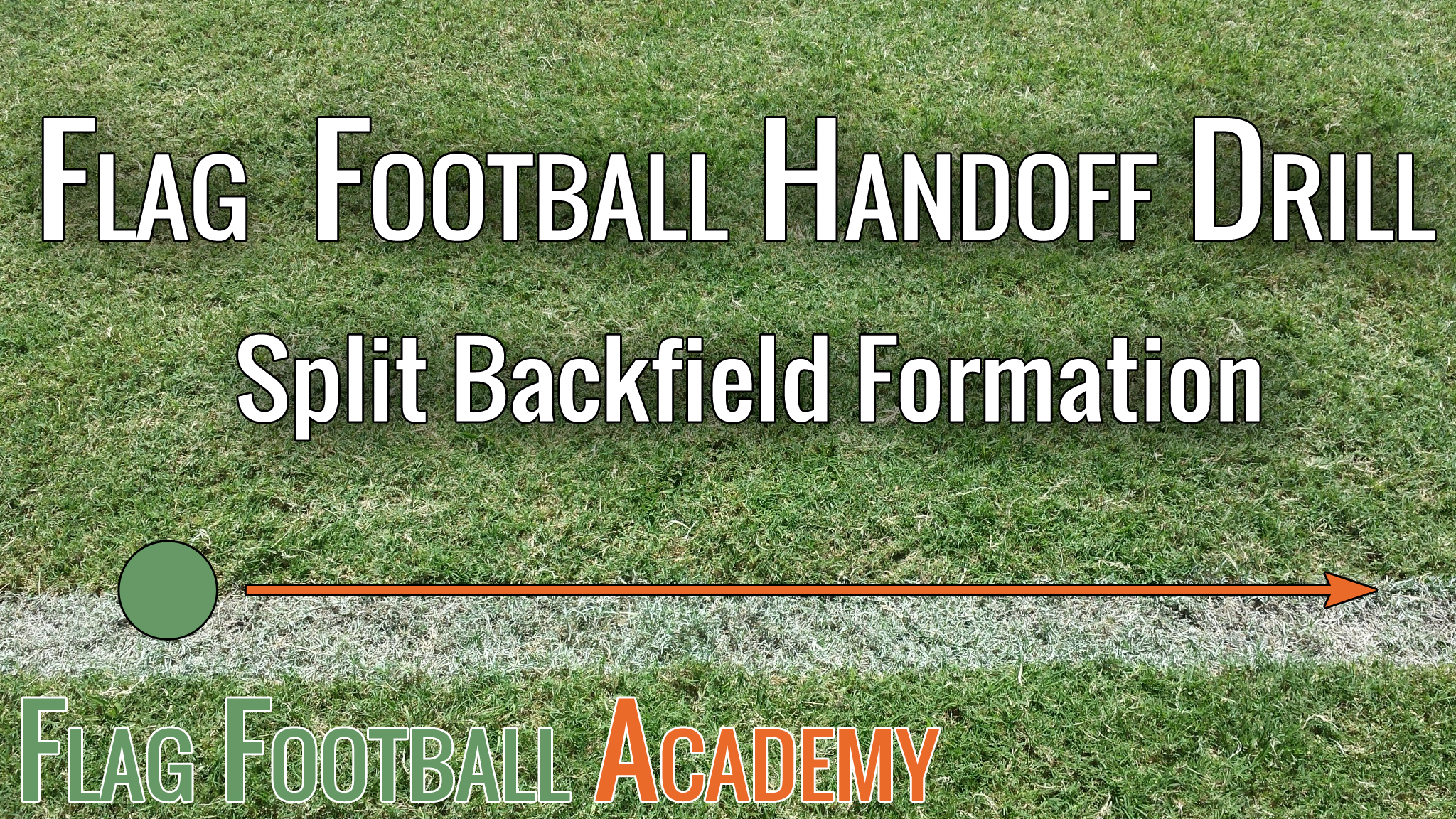 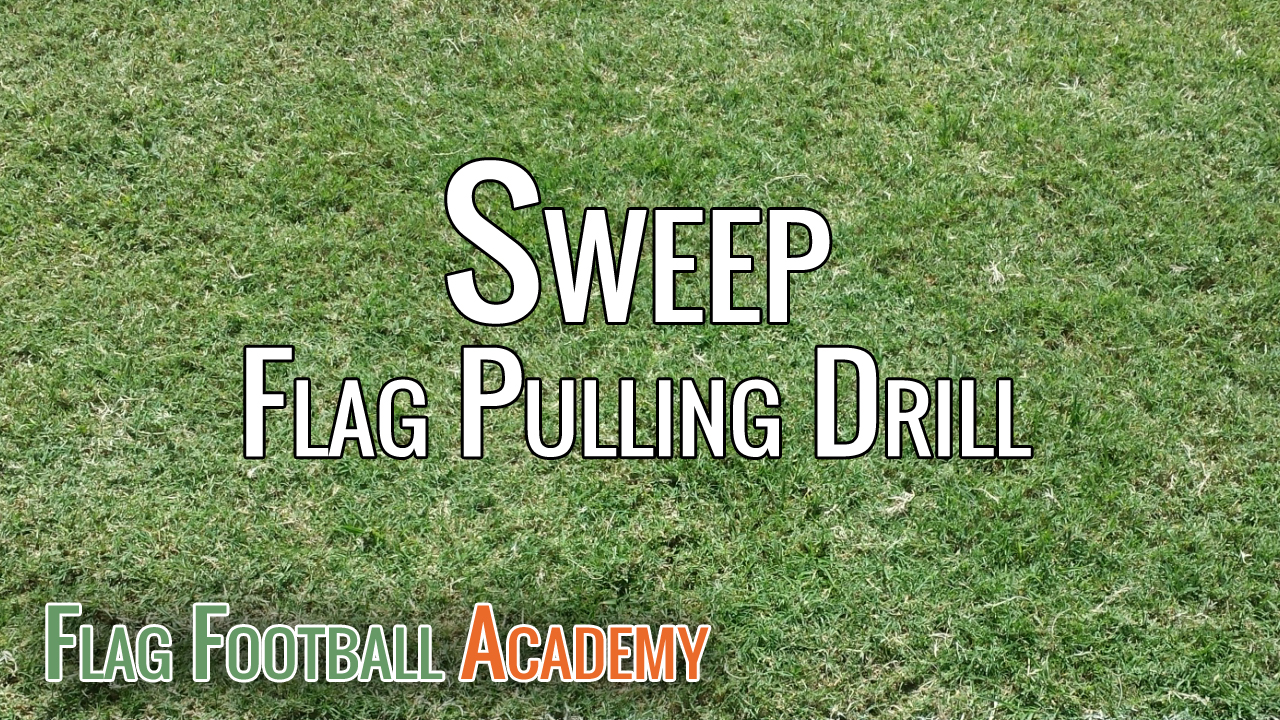 How your team pulls flags can make for an enjoyable Saturday game of football or frustrating pull your hair out kind of day. More times than not, wins and losses in flag football will come down to the team that… 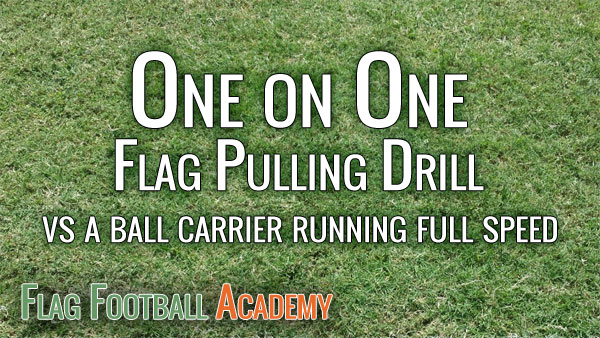