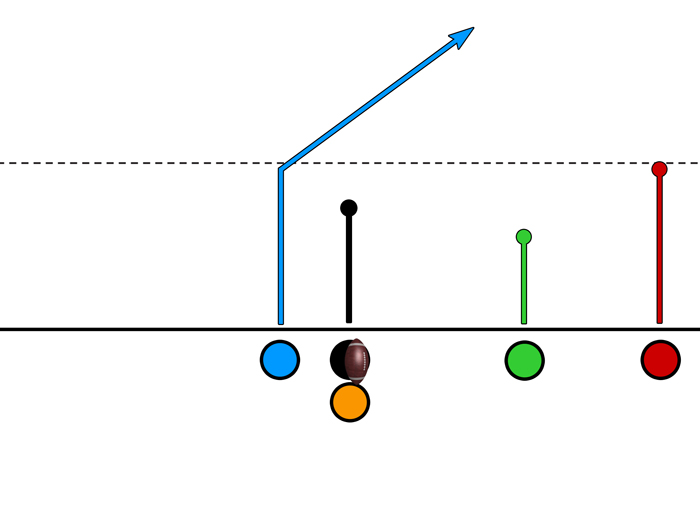 I use this play every game where a defense is playing 2 safeties, 2 corners, 1 blitzer. There’s been some games where I’ve ran this play multiple times in a row until the defense adjusted. Despite being a very simple play, it has been very effective.

After receiving the snap, the Quarterback rolls toward the Twins side looking for the Wide receiver who is running a 7 yard hook right next to the sideline. If this receiver is covered, the next option is the Single Tight receiver running a Corner route behind the defense.

This route should be run at least 7 yards before breaking into the Corner. The goal is force the safety on the Twins side to guard this route which should leave the Wide receiver open. However, if the safety moves up to cover one of the Hook routes, this receiver should be open behind the defense.

The Center and the Twins Slot are both the outlet receivers.

The toughest part of the play will be avoiding the rush. I tend to call this play to the left side of the field since most teams rush from the offense’s right. This will give the Quarterback a little more time. However, for most right handed QBs, throwing while rolling left can be a more difficult pass.

Variation: Move the routes in and out depending on the defense. For younger teams where the QB doesn’t have the arm strength to throw a 15-20 yard pass to Corner, have the Single Tight receiver run a short drag and have the Center and Slot receivers run their hooks a little deeper. This will give the QB another outlet target, however, this side of the field will be crowded so yards after the catch may be limited.

For an older team, you may want to move the single side Tight receiver out into the Slot position as this will allow more time for the defense to react to the hooks and lose track of the deep route coming from the other side of the field. 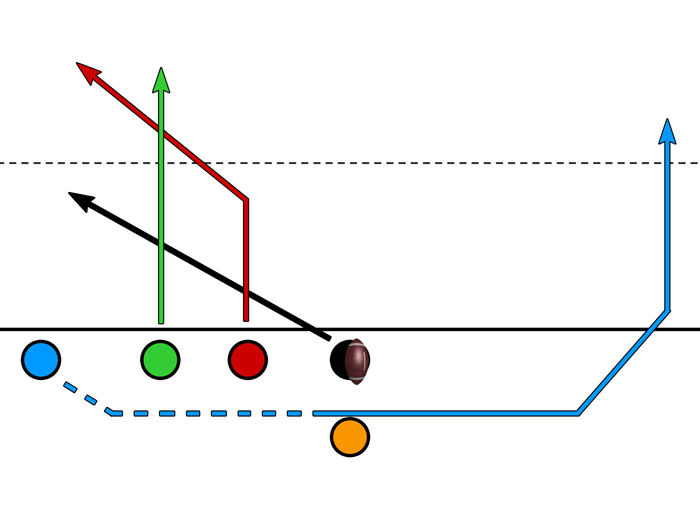 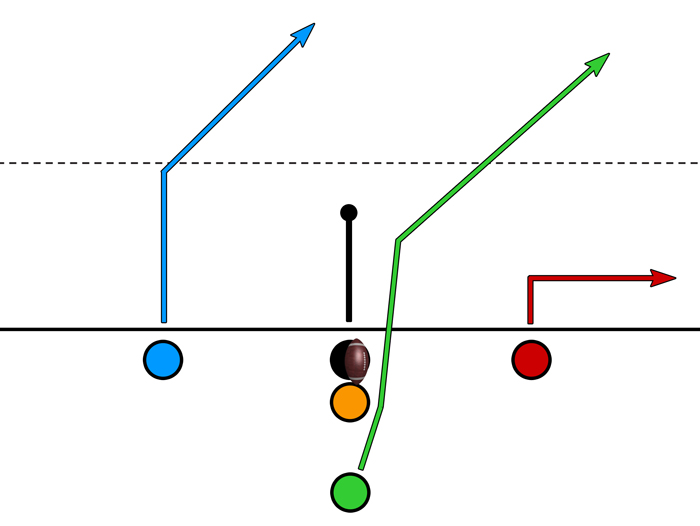 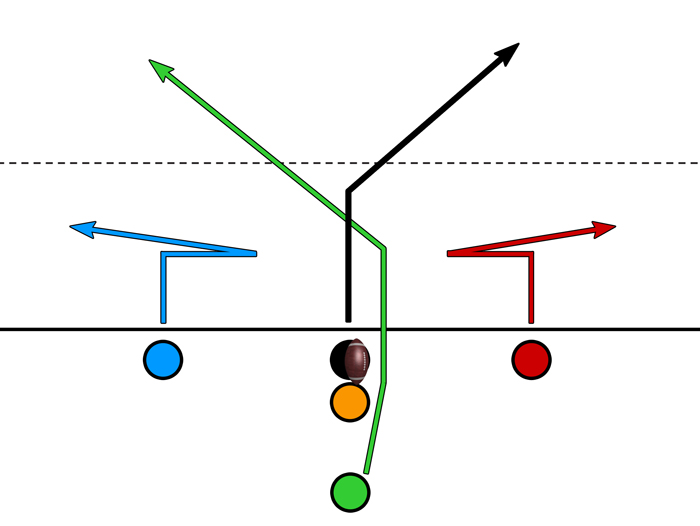 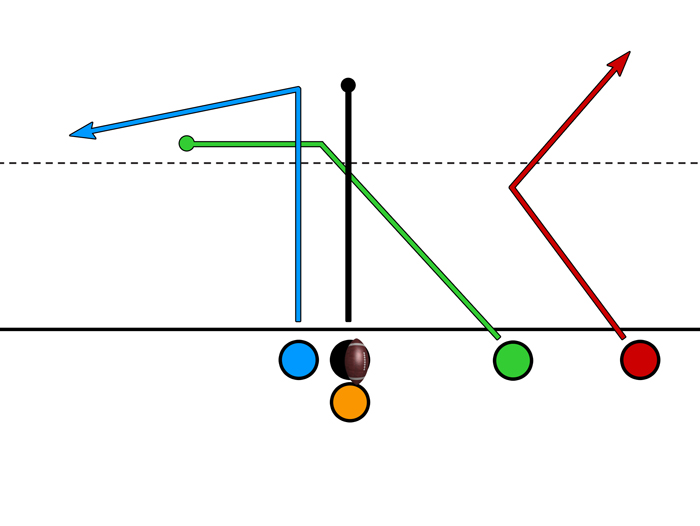 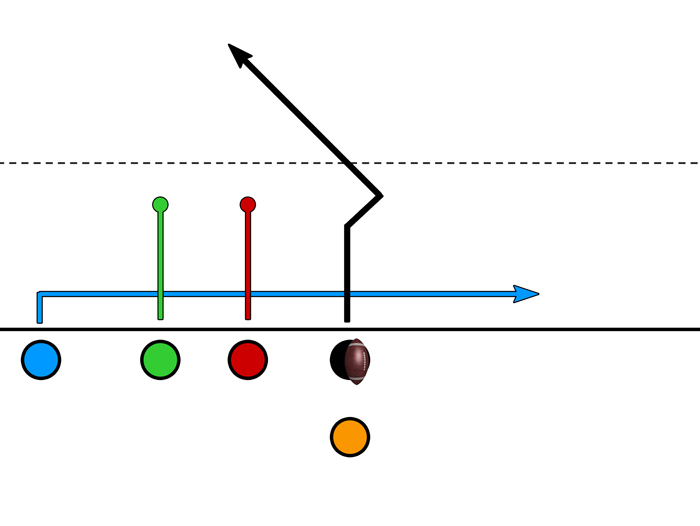 Setup – Trips – Wide, Slot, Tight Read: Short to Deep or Deep to Short (depending on situation) Wide – Short Drag Center – Corner-Post to Trips side of the field Slot/Tight – Hook Description: Depending on the situation of… 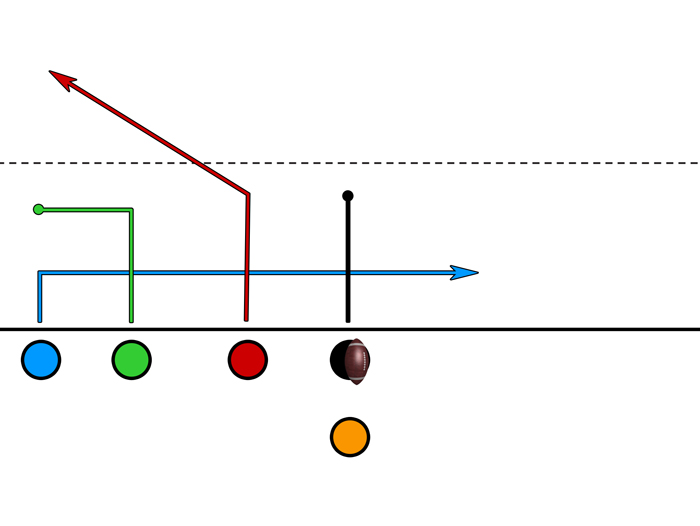 While the main focus of this play completing the short pass the Wide receiver coming on the Drag route, depending on how the defense is playing, the Tight receiver on the Corner route is a viable option as well.